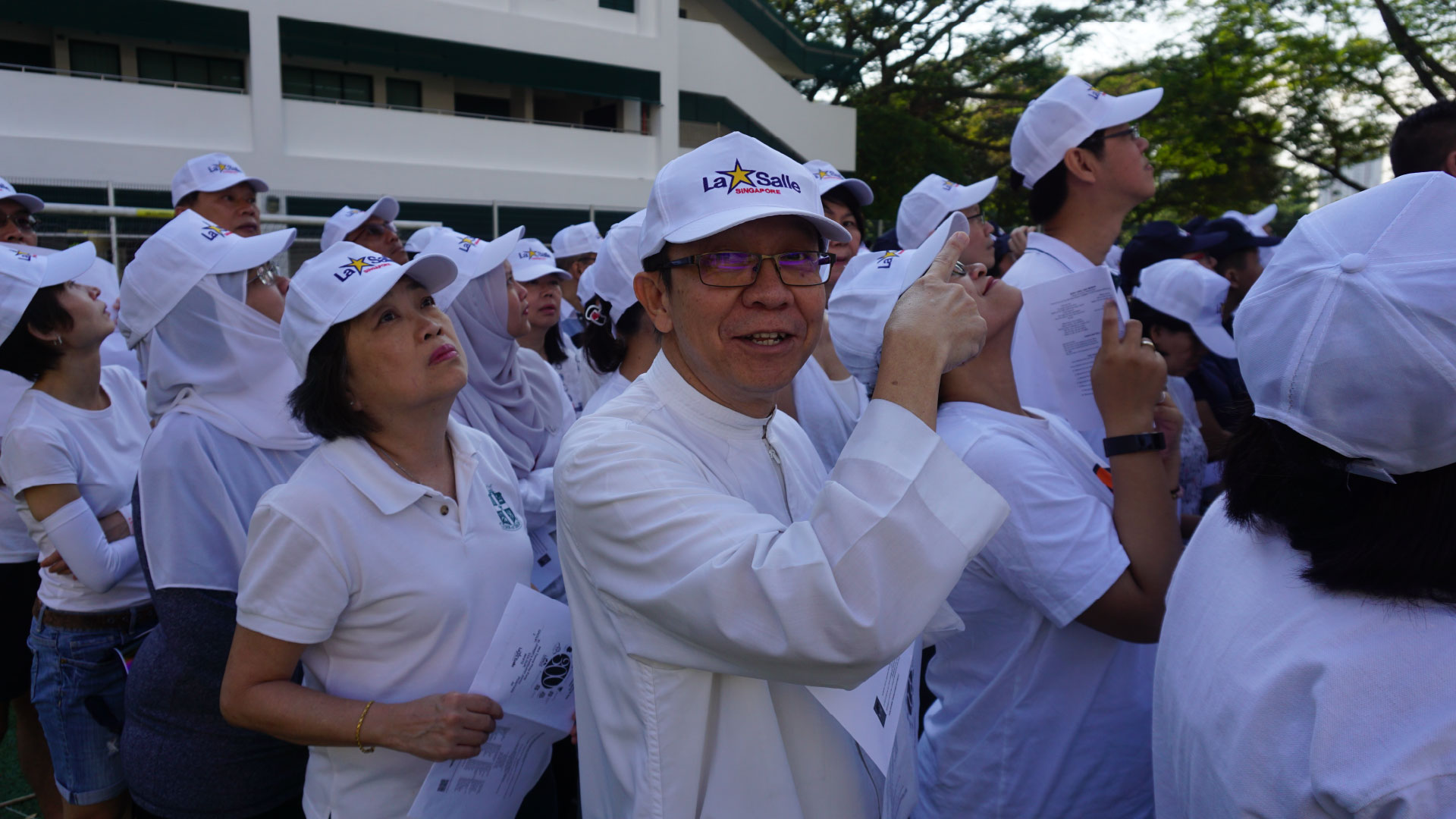 Within Us All, We Are La Salle was used as the underlining theme for this year’s Lasallian Training Day. 700 Lasallian Educators came together on 15 March. There were reunions and new friendships between teaching and non teaching staff from De La Salle School, St Anthony’s Primary School, St Joseph’s Institution, St Joseph’s Institution Junior, St Patrick’s School and St Stephen’s School. This year, we concentrated on the innovations of La Salle during his time and how we still practice most of it today as well as reminding ourselves that we are all humans of La Salle.

As the educators streamed into the SJI Junior school hall, group facilitators assisted with registration and giving out caps. This was followed by ushering everyone to the school field to form the face of La Salle. Morning prayer was led by Bro Paul Mata, FSC. After morning tea, Bro Nicholas Seet, FSC gave an insightful sharing on what were some of La Salle’s innovations during his time while introducing the books the Conduct of Schools and the Rules of Christian Decorum and Civility. The educators found the session relatable. At the end of the session, each staff member decided on three attributes they want to commit to be more like De La Salle.

We thank all who offered their assistance for this event especially to the LYNKsters who rendered their help in preparing for forming the image of La Salle.

Lasallian Training Day is an annual programme which brings staff from our Lasallian schools together typically on the last school day of Term 1. Students will be tasked with e-learning at home while the educators gather in a venue for a morning of formation. (Ed-Linddi Ong)