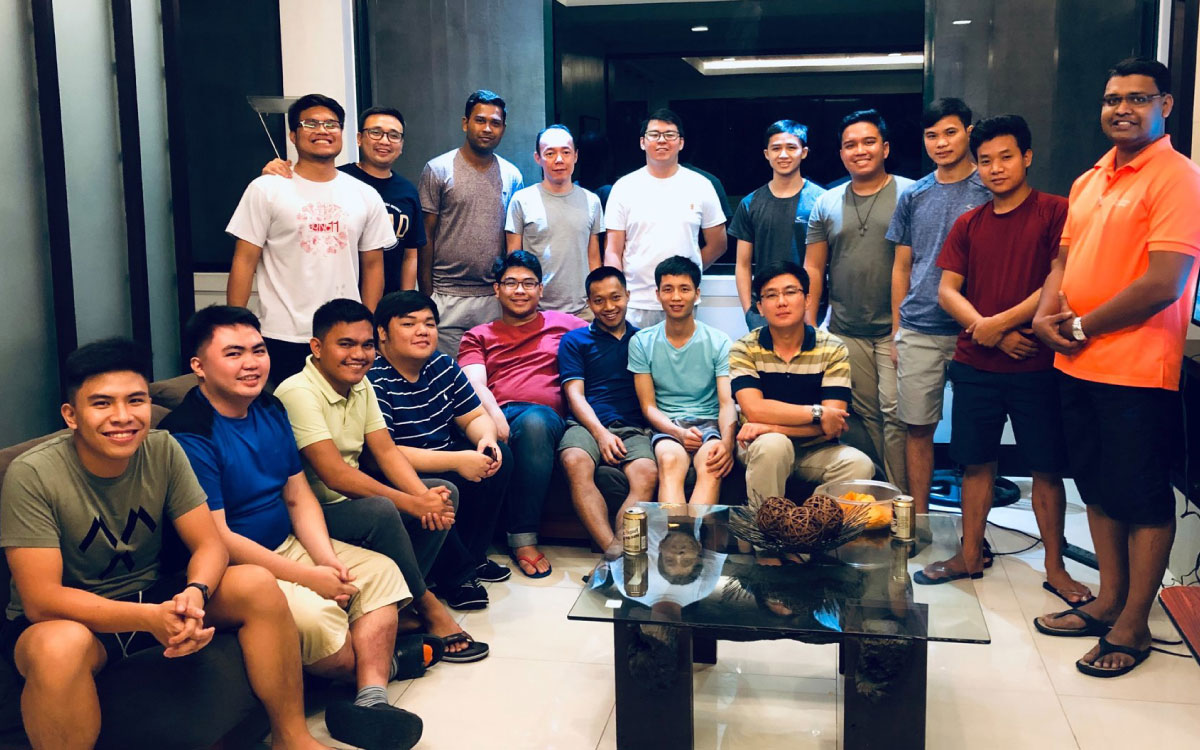 The community is quite diverse as it weaves together various experiences, age groups and backgrounds. The formands are united in their aspiration to live and be exposed to the life of the Brothers as they journey through personal and communal discernment. LFC brings together the following Brothers and postulants:

Br. Ranier Guillergan FSC, their formator, led the community in prayer inspired by the encounter of Moses with God in the burning bush. As part of the prayer service, a ritual took place. The postulants were given a holding cross which they placed inside their rooms after the blessings were given by other community members. They were also asked to reflect on their personal sacred grounds and the things they need to “take off” as they start their postulancy program.

After dinner, the postulants gathered for a short getting-to-know activity where they enjoyed singing karaoke songs over chips and drinks.

“Brothers, think of what you were when you were called. Not many of you were wise by human standards; not many were influential; not many were of noble birth. But God chose the foolish things of the world to shame the wise; God chose the weak things of the world to shame the strong." Corinthians 1:26-27 (Text: Mr. Paulo Ferrer; Photo: Br. Ranier Guillergan FSC)