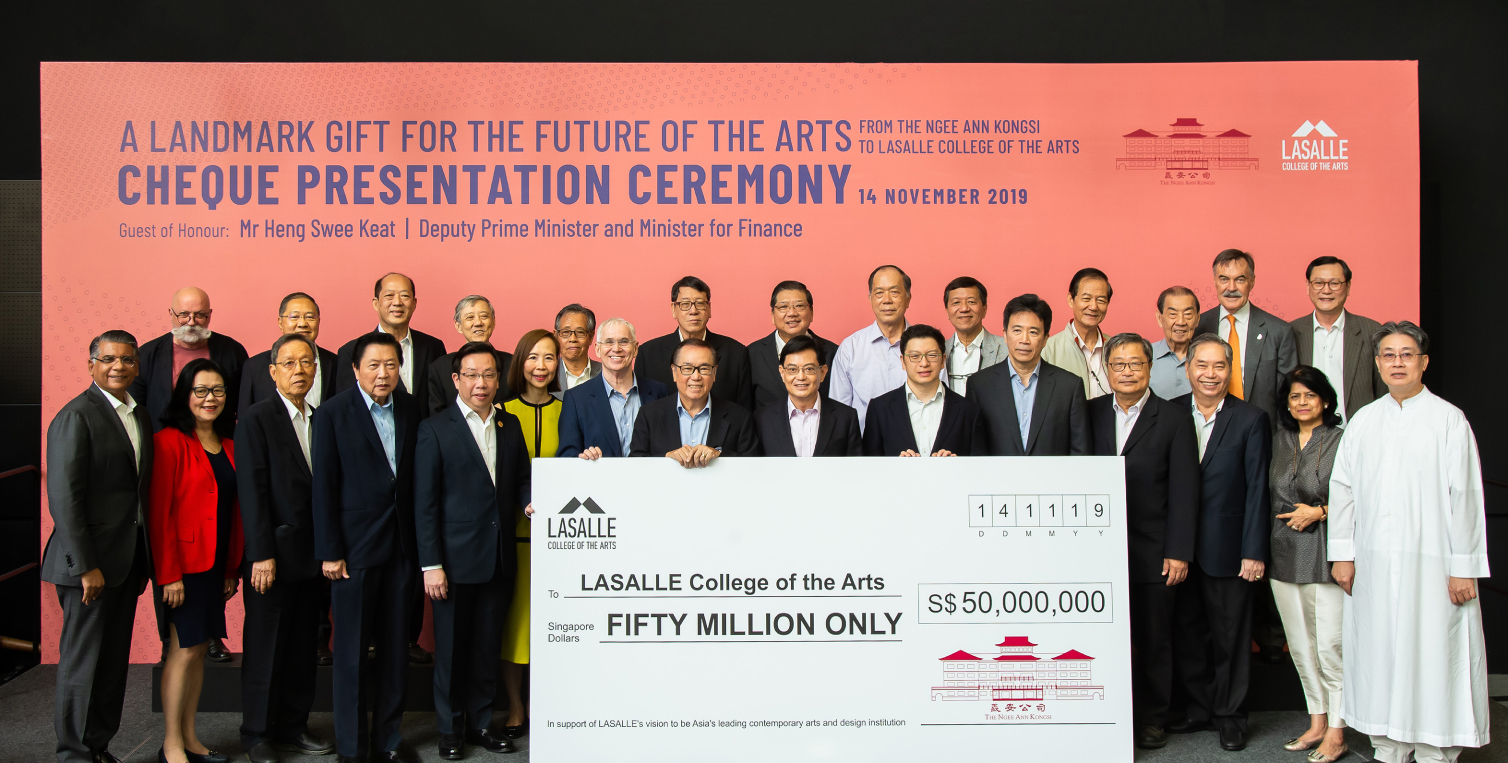 SINGAPORE - Students of Lasalle College of the Arts will no longer have to travel to different campuses for classes when a new $50 million building is ready by 2025. The 12-storey block to be built on a 6,000 sq m plot of land next to the college's McNally Street campus will help to centralise the school's facilities. It will also be connected to the nearby Rochor MRT station. In recent years, the school has had to lease art facilities in Winstedt Road, classroom spaces in nearby buildings as well as studios from Mediacorp to accommodate a growing student population.

The McNally campus was intended for 1,850 students, but the student population is currently about 2,700.

While the land was earmarked for Lasalle since it moved to the McNally site 12 years ago, funding was a challenge until the Ngee Ann Kongsi pledged $50 million last year.

In a speech on Thursday (Nov 14), Deputy Prime Minister Heng Swee Keat said it is apt that two historic institutions are coming together to contribute to the nation's future in its bicentennial year.

"Their collaboration is also a testament to how far we have come along this journey from Singapore to Singaporean," added Mr Heng, who noted that a Teochew foundation is donating tens of millions of dollars to an arts school founded by a Catholic order.

"This is not something that happens readily in other parts of the world today, and something that we should treasure and never take for granted," said Mr Heng, who is also Finance Minister, at the cheque presentation ceremony at Lasalle's McNally campus.

The De La Salle brothers first came to Singapore in 1852 to teach at St Joseph's Institution. They went on to set up several schools in Singapore.

It was Brother Joseph McNally who started the St Patrick's Arts Centre in 1984 with 27 students, which would later become Lasalle.

Work on the new building, with a potential gross floor area of 20,000 sq m, will start in 2021 and is expected to take three to four years to complete.

It will include new facilities like a 300-seat lecture theatre, a music recital hall, a film studio, and new galleries on the ground floor that will be open to the public.

The building will also feature a glass facade that opens out to Rochor Canal Road.

Speaking to the media before the event, Lasalle chairman Peter Seah said that he expects the demand for arts education to continue growing.

But whether the school can help meet the demand depends on government policy and space constraints. Lasalle's expansion will help cater to its current student population of 2,700 only.

In his speech, Mr Seah called the new building Lasalle's "crowning glory", and thanked the Kongsi for its generosity.

"Your momentous contribution will no doubt create new and exciting opportunities in the arts that will impact Singapore culturally and socially for many years to come," he said, announcing that the new building will be called the Ngee Ann Kongsi Building.

Ngee Ann Kongsi vice-president Richard Lee said that it was "honoured" by the decision to name the building after the Teochew organisation.

"We hope our gift will enable Lasalle to become a place of intellectual wealth in which your students will treasure and enjoy their academic pursuits and aspirations to be future leaders in the arts and creative industries," he said.

The Kongsi has been donating to Lasalle since 2007 when the school first moved into its McNally campus. These donations have included a Steinway grand piano and $6 million towards books, online databases, scholarships and bursaries.