SXI Returns Rifles To The Ministry Of Defense 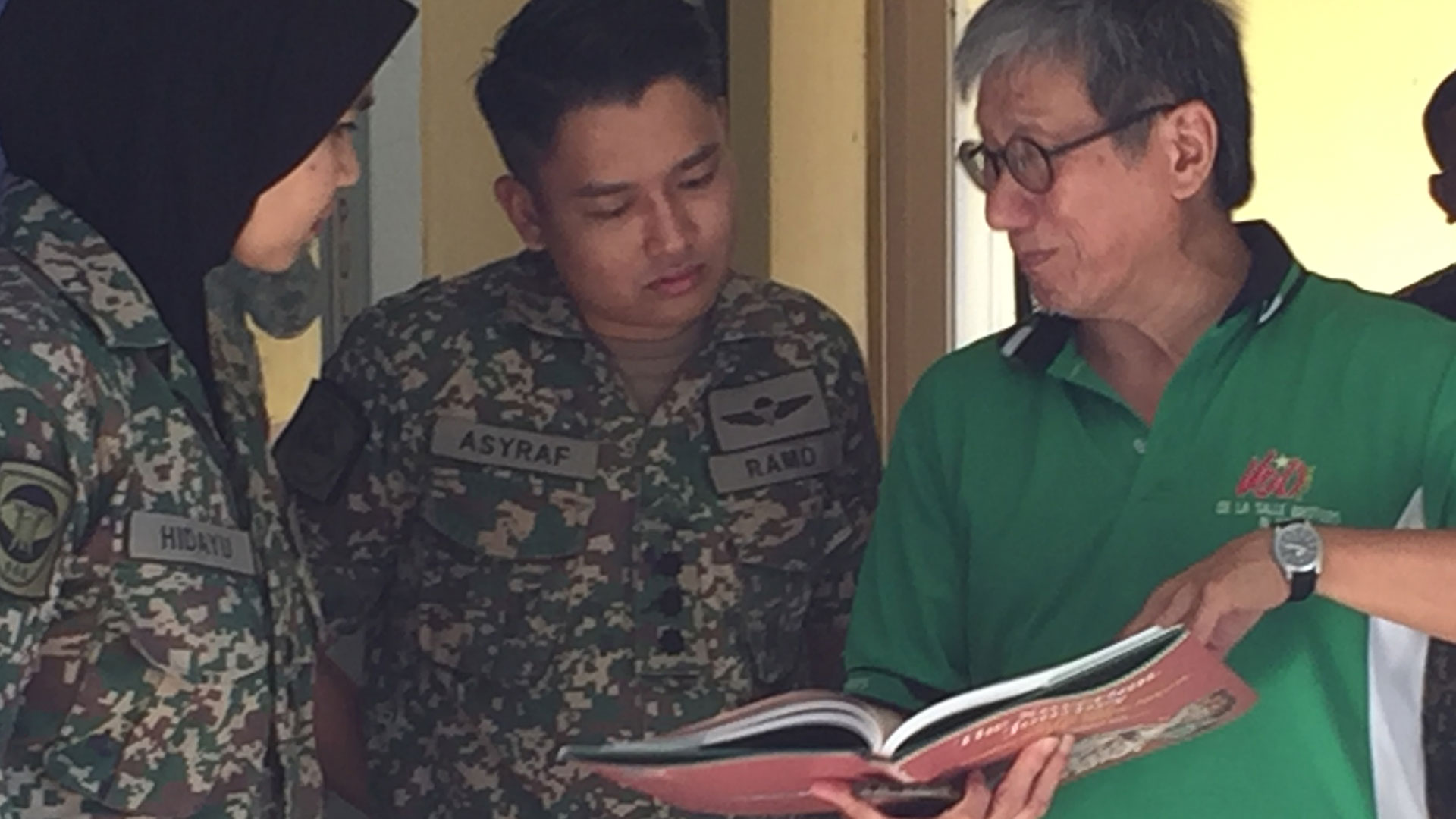 A team of soldiers led by Captain Ashraf arrived at 9am to remove 64 decommissioned Lee Enfield Rifles from a 'storeroom' under Stairs 8 leading to the Brothers Quarters. The Board had invited the soldiers to remove the rifles as they had remained unused for many years.

With their firing pins removed, the rifles had more of an antique value and had been used by the boys of SXI Cadet Corps for parade purposes. Apparently, they had been in our keep for decades and forgotten by those who replaced the early people in the know.

It was interesting to observe that the army personnel conducted the operation with the assumption that they were engaging with another armed party! Throughout the few hours they were in SXI, there was a soldier with his finger on the trigger of his very much live and able-to-fire M-16! Captain Ashraf intimated that this was the first time they were conducting such an operation to 'retrieve' guns from a school. Each gun had a serial number and had to be accounted for. The Ministry of Defense thanked SXI for its cooperation. (Adapted from the Original: Dr. Francis Loh; Photos: Br. Jason Blaikie FSC)