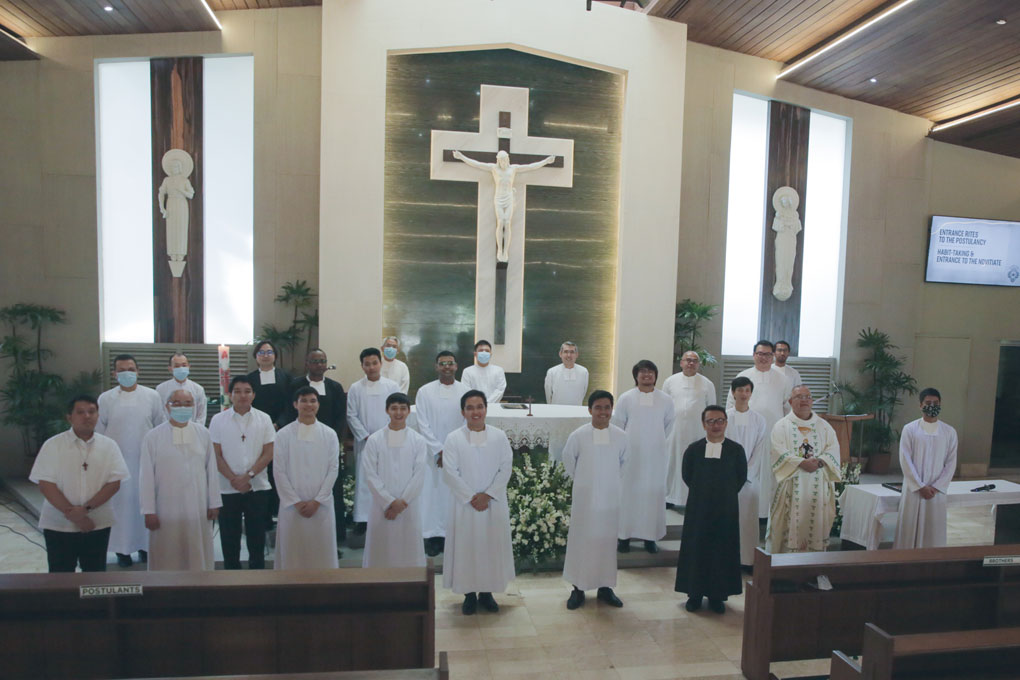 The pandemic has affected everyone and it has brought us a tremendous social change. In the midst of panic and fear caused by Covid-19, a lot of us Filipinos firmly believe that there are still opportunities to grow and that hope still awaits us.

After months of anticipation and preparation, the Postulants’ Entrance Rites to the Postulancy and Novices’ Habit-Taking and Entrance to the Novitiate have been formally celebrated virtually through a Facebook livestream that was aired in the afternoon of August 22, 2020 in the Chapel of the Divine Child, La Salle Green Hills. The Mass was presided by Fr. Louie Punzalan. Due to the current situation wherein the entire Metro Manila is still under General Community Quarantine, the celebration was attended only by a few Brothers in St. Benilde Brothers’ Community, Lasallian Formation Center, and PARC Novitiate and also with the presence of Br. Ricky Laguda FSC, PARC General Councillor.

At exactly 3:00 in the afternoon, the Mass celebration commenced. As customary, the blessing of the Bible, the holy rosary, the religious habit, and the Rule of the Brothers of the Christian Schools was conducted. Right after that, the postulants and novices were asked to come in front and make their request to be accepted into the Postulancy Program and the Reception of the Rule, Rosary and Religious Habit of the new Novices. Hence, the Brother General Councillor formally received the petition of the Postulants and Novices. He was assisted by Br. Ranier Guillergan FSC, Director of the Lasallian Formation Center in distributing the Bibles and Br. Rey Mejias FSC, Director of PARC La Salle Novitiate for the Reception of the Rule, Rosary and Religious Habit.

Though the postulants' and novices’ parents, family and friends were not able to witness personally the special event in their sons’ lives due to quarantine and travel restrictions, the celebration was still indeed intimate and special. This proved that not even this pandemic would hinder these young men from listening to God’s calling for His greater glory. (Text: Postulant Aris Guteza; Photos: DLSP CORE)