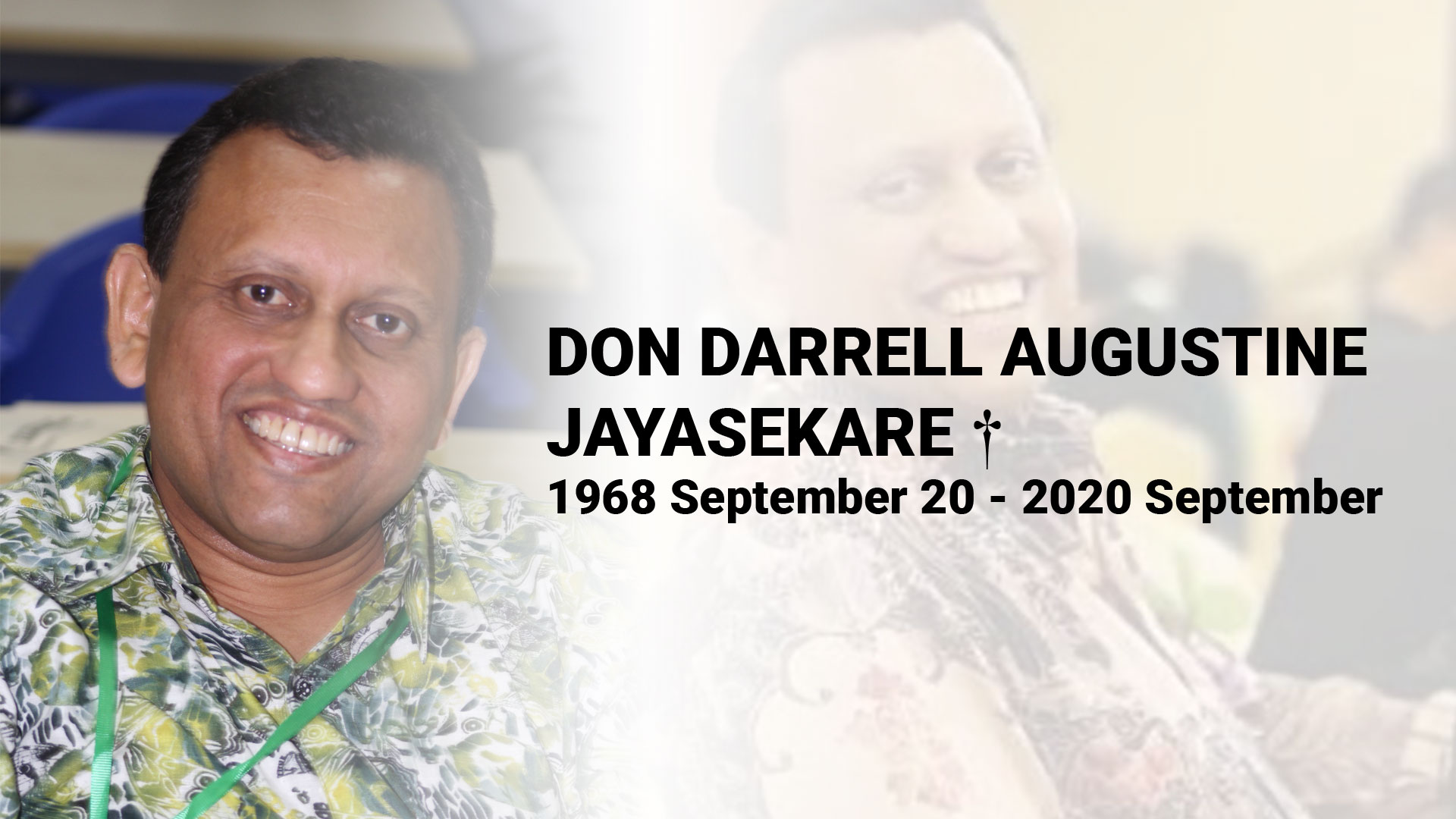 PETALING JAYA, MALAYSIA - One of the most dedicated old boys of the La Salle schools fraternity, Don Darrell Augustine Jayasekare, lost his battle with cancer.

Don Darrell, who had just celebrated his 52nd birthday with family and friends on September 20, died at his home in SS2, Petaling Jaya at 12:54 pm last Saturday.

His trademark was his instant captivating and striking broad, gleaming smile whenever he met someone, thanks to his decades of customer care service in the food and beverage industry.

Following wake services at his home the last two nights, Don Darrell was given a funeral mass at the Church of St Francis Xavier in Jalan Gasing, before being cremated at the MBPJ crematorium in Kampung Tunku today (Tuesday). It was attended by scores of old boys, teachers and La Salle Brothers who adhered to the Covid-19 pandemic's standard operating procedure . The Roman Catholic Archbishop of Kuala Lumpur, Most Reverend Julian Leow Beng Kim offered blessings for Don Darrell at the wake service. 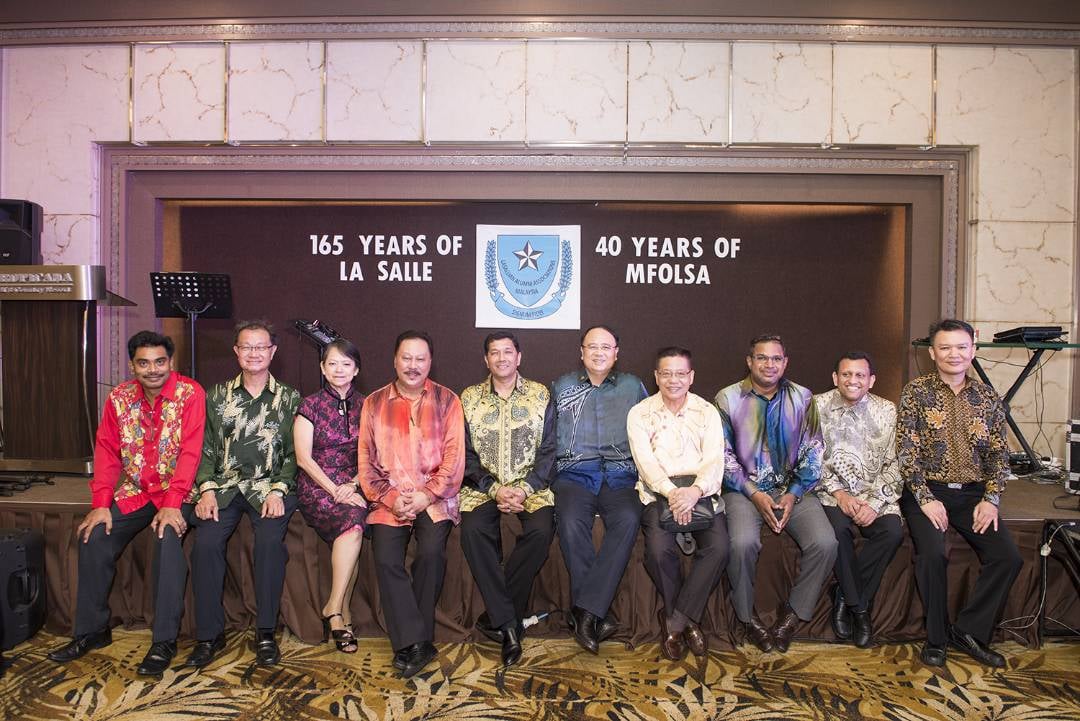 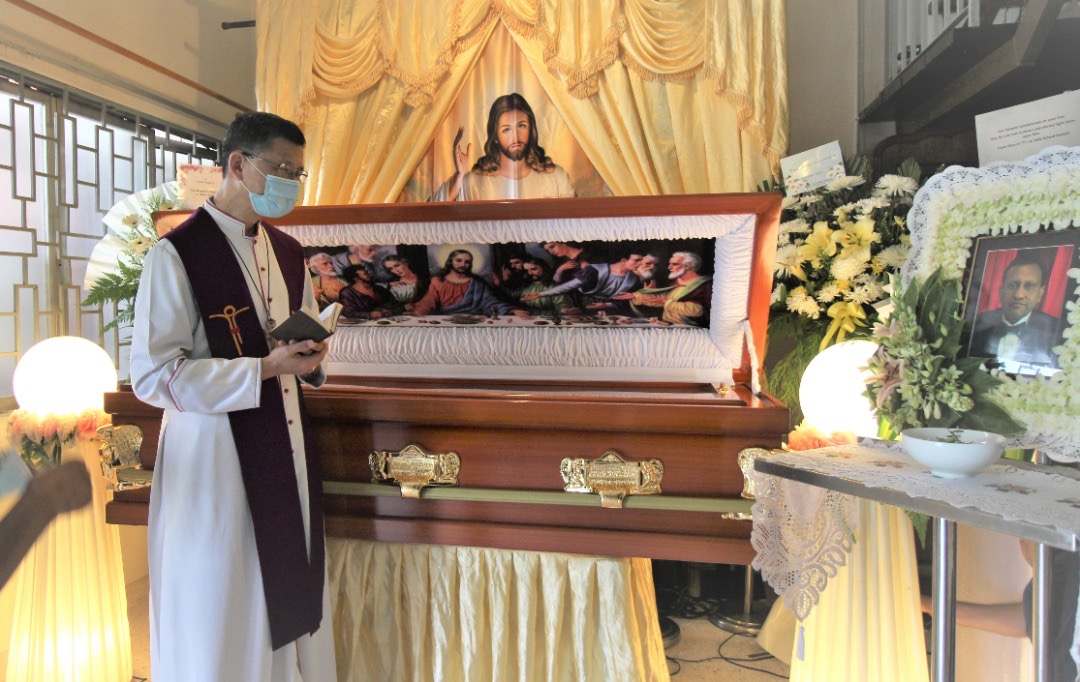 With Brother Visitor of LEAD, Br. Armin Luistro FSC, during his visit to Malaysia 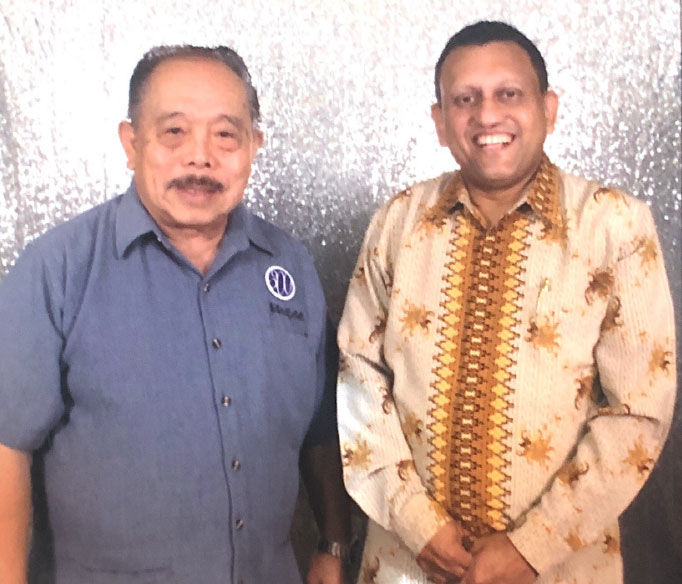 His eldest sibling, sister Denita Jayasekare, 53, said Don Darrell had sought treatment at hospitals since early this year. "He was a gem of a brother, often not only helping the family but society at large with his charitable work. He was popular among the Lasallians from all over the country as a caring, obliging, big-hearted and overly-generous person," said Denita.

Br. Ambrose Loke FSC commended Don Darrell for his selfless services. "No words can express how eternally grateful we are to him for his love, loyalty and dedication to his alma mater and the Lasallian fraternity. May Almighty God bless him for his services to mankind in general. We are forever grateful to him," he said.

I will always remember him for his untiring contributions to the less fortunate. He was always ever-ready to help those in need and was magnanimous in charitable and social work. We will surely miss his presence. (Text & Photos: Mr. James Sia) 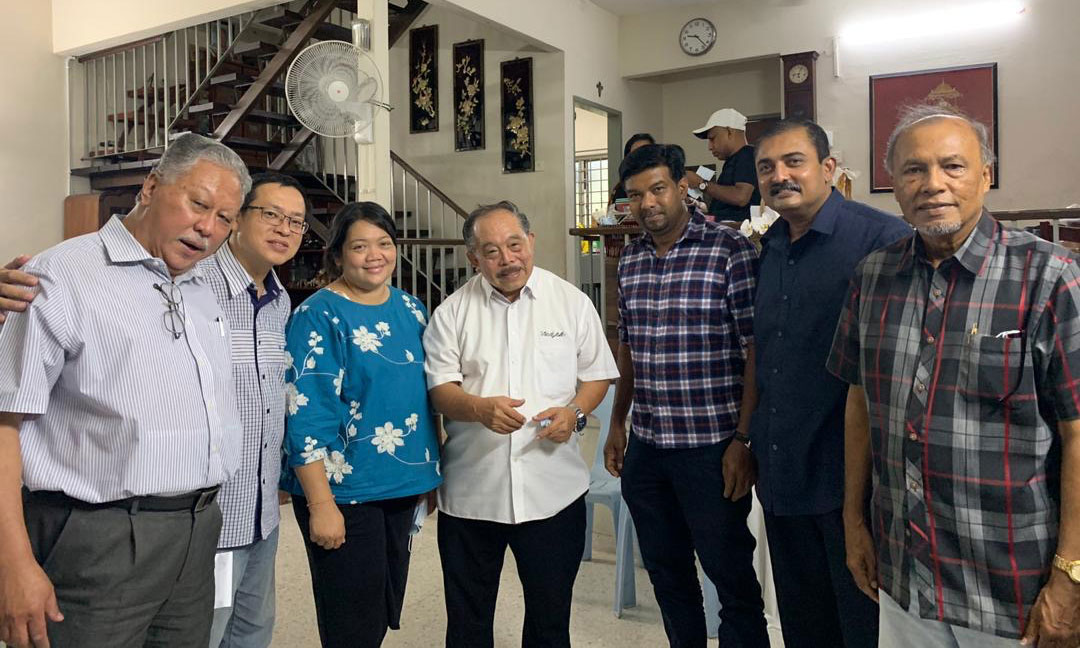 On Friday, October 2, 2020 Br Ambrose Loke, with some of the La Salle Sentul OBA committee members, joined the family of the late Don Darrell for 7th day prayers at his residence. Br Ambrose, on behalf of the OBA, also presented some love offerings to Sue Ellen Chong, the widow of Don Darrell.

In closing, Br Ambrose delivered the following message to those present.

“Justice has to be done…
I feel I have to say something to pay tribute to Don Darrell.

I have known Don Darrell since he was a student at La Salle Sentul. We kept in contact and since as an alumnus, he always expresses his love and loyalty to La Salle Sentul. I invited him to serve the school which, he accepted and literally gave his life to and for the school, first as a Board Member, as efficient treasurer and later as the Chairman of the School Board.
I feel he feels that there is much to be done for the school but God say, “enough is enough. You need to rest.” He has left us for another place where I believe he is in a better position to help.
Many of you who have know Don Darrell can vouch that he an exemplary leader and a kind gentleman. He has many virtues… he goes out of his way to help, …he is considerate, not wanting to hurt the feelings of others; very tactful in making wise decisions. He is a good friend to many.

I like to take this opportunity on behalf of the school, La Salle Old Boys Association and of the La Salle Brothers, to thank, his wife Sue Ellen Chong and children and other family members for allowing him to spend so much time for the school and to the La Salle Mission. May God bless all of you and to all present this evening.”

Eternal rest grant unto Don Darrell, O Lord.
And let perpetual light shine upon him.
And may the souls of all the faithful departed, through the mercy of God, rest in peace.
Amen.