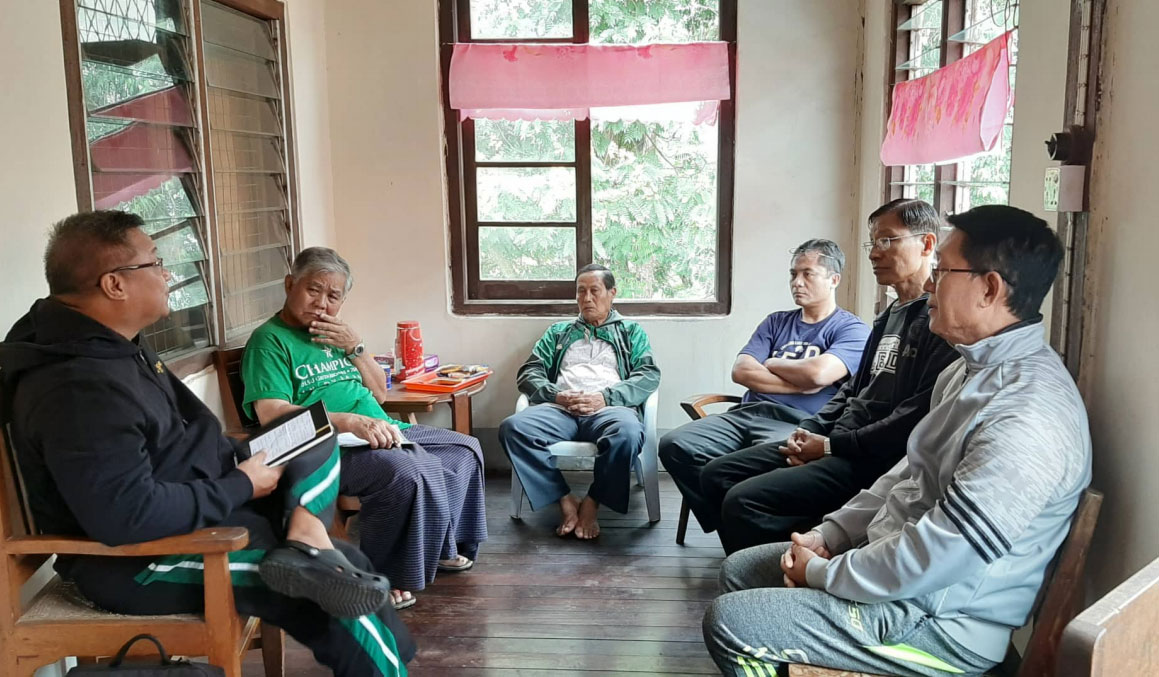 On 25-26 September 2019, Br. Felipe, Auxiliary Visitor of LEAD, visited the Maymyo community in Myanmar. This is his first pastoral visit to Myanmar since he became Auxiliary Visitor. He met all the community members individually as well as together as a community. Knowing all the concerns that were brought up by the Brothers, he encouraged and shared what needs to be done in the future. (Text & Photo: Br. Lucas Ah Do FSC) 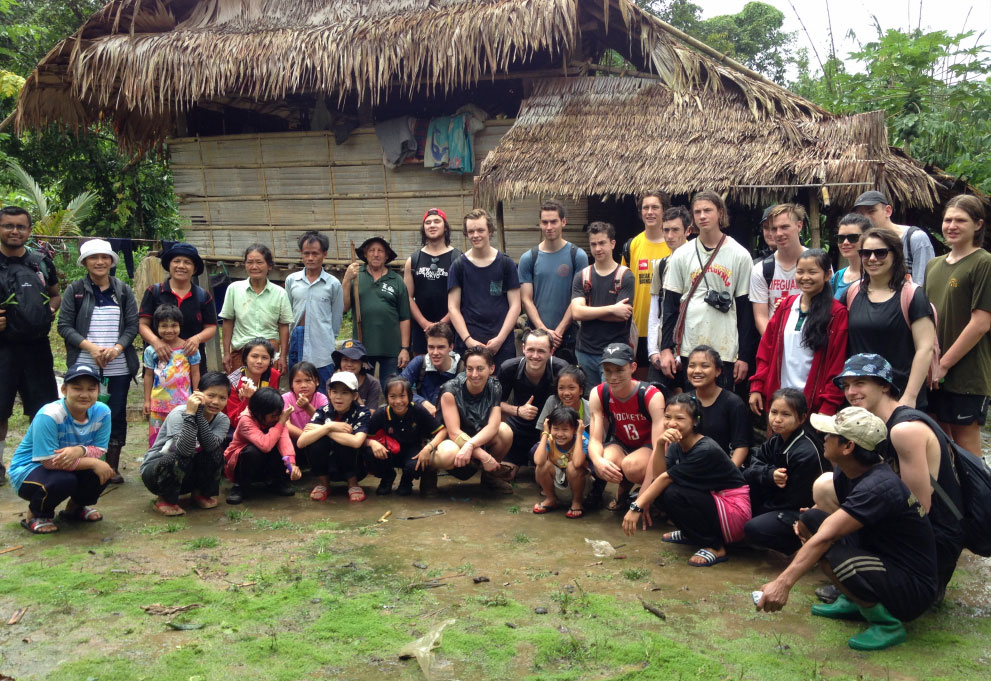 In the border between Thailand and Myanmar, is the Bamboo School. It has been nearly twelve years since the mission of the Brothers in the Bamboo School began. The school is opened to educate the stateless and marginalised children.

The story of the Bamboo school would not be complete if we do not talk about our Lasallian volunteers from the many countries around the world. They have shared a lot of their effort and hard work to support the Bamboo School projects. One volunteer group that comes every year is from St. Bede’s College in Melbourne, Australia.

St. Bede’s has been sending volunteers to the Bamboo School for years. Two groups are sent each year. The first group comes at the end of June and another visits at the end of September. They mainly help out in construction work done at the La Salle Sangklaburi School, specifically in the Blue Sky Home. This year, their project is to do work on the school parking lots and build the school workshop, where a Life Skills program for the students will be implemented. (Text & Photos: Br. Matthew Thawatchai FSC) 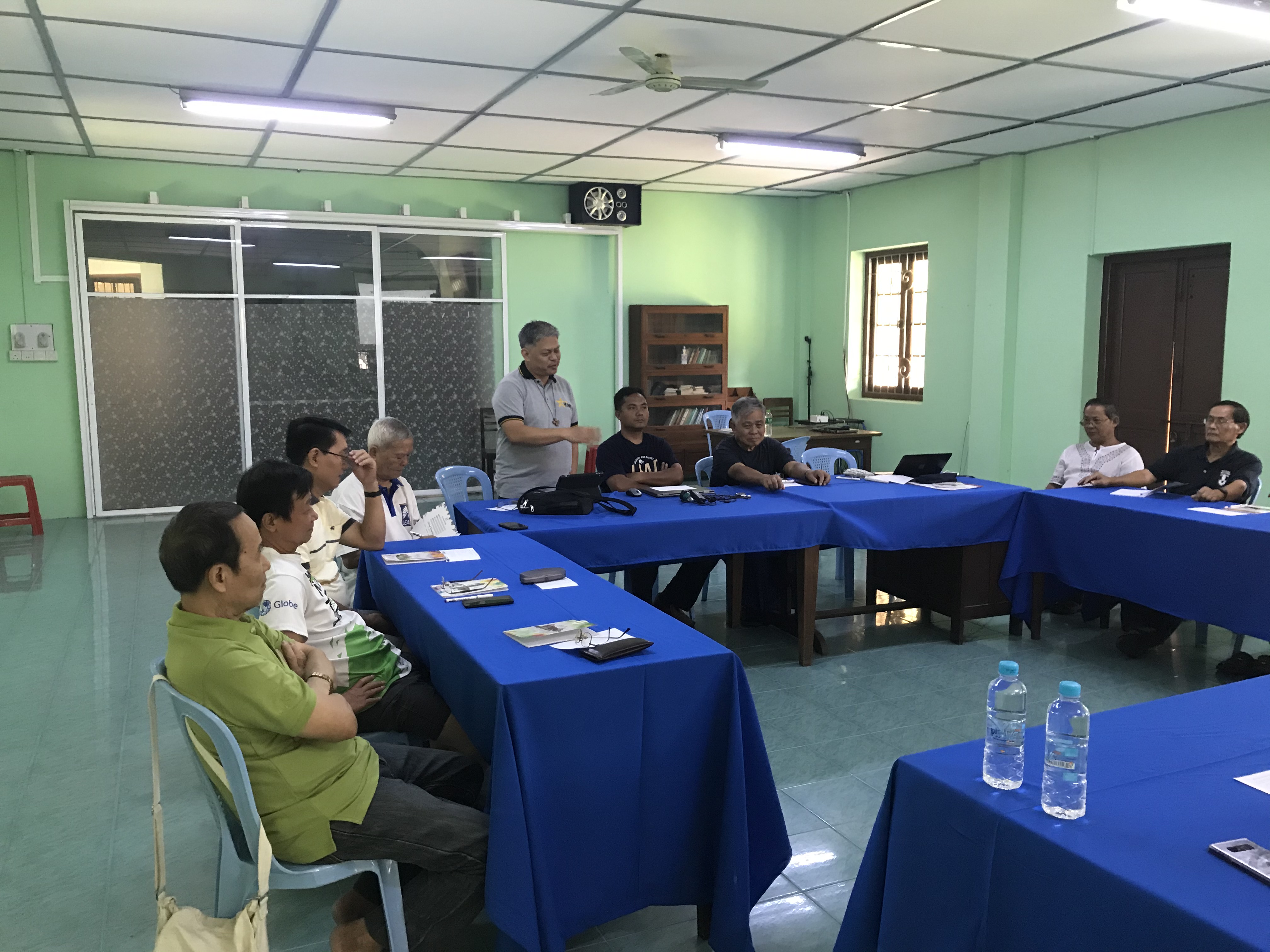 This year’s Assembly coincided with the Canonical Visit of the Brother Visitor, Br. Armin Luistro FSC . He was accompanied by the Auxiliary Visitor, Br. Felipe Belleza FSC. All 12 Brothers, except 1 young Brother and a senior Brother, were at the De La Salle House at Yangon by 29th October 2019. The Brother Visitor had personal interviews and community dialogue on the 30th of October with the Yangon Community, followed by the Maymyo Community on the 31st of the same month. 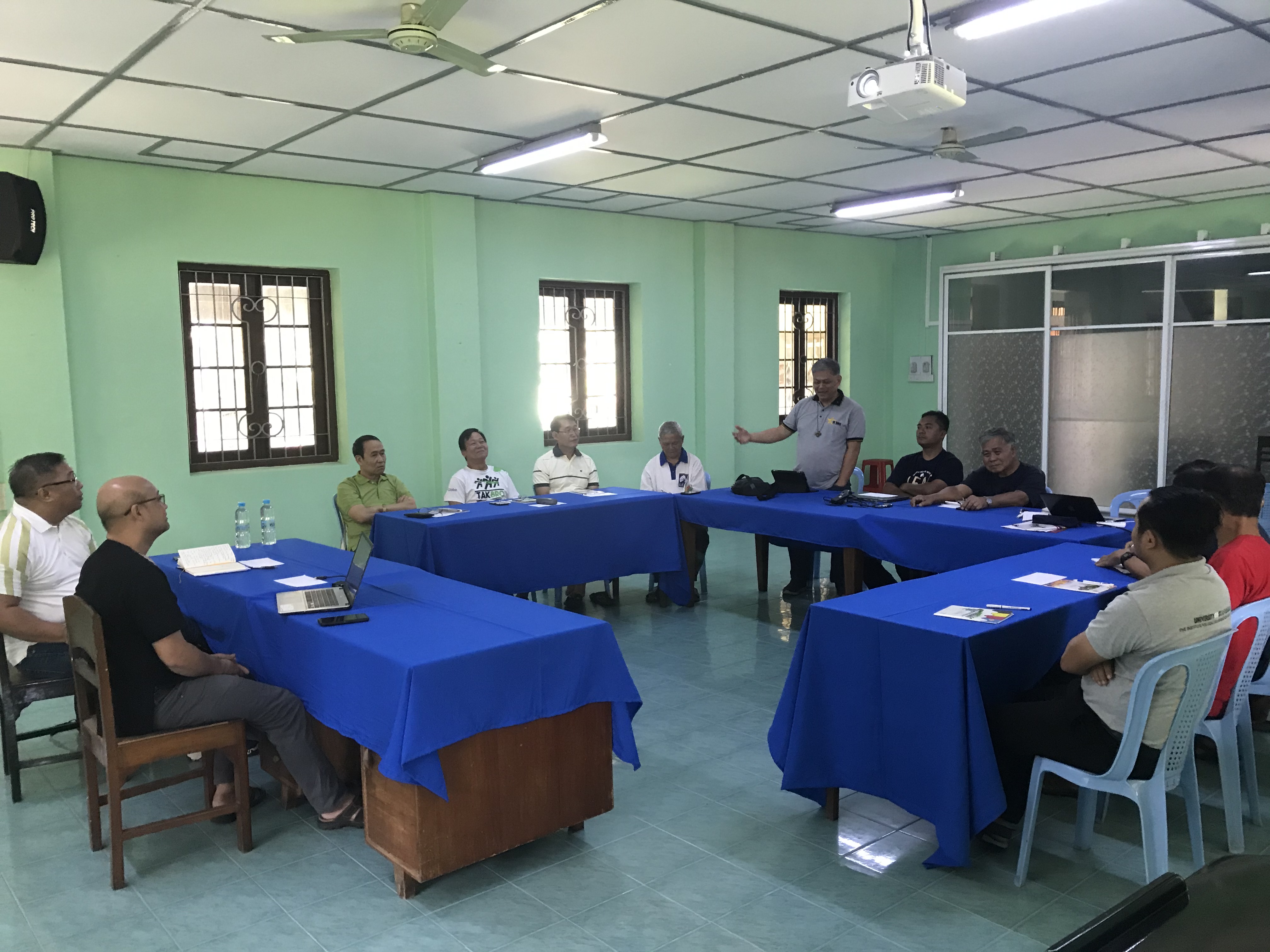 On the 1st of November, the Assembly of the Brothers of Myanmar was held. Br. Felipe acted as chair. The assembly began with a short prayer led by Br. Josaphat. It was then followed by the opening remarks of Br. Noel Lal, and then a message from the Brother Visitor. La Salle Centre Yangon and Maymyo Boarding House ministries were presented. Br. Josaphat updated the Brothers on the status of the Myanmar initial formation personnel. 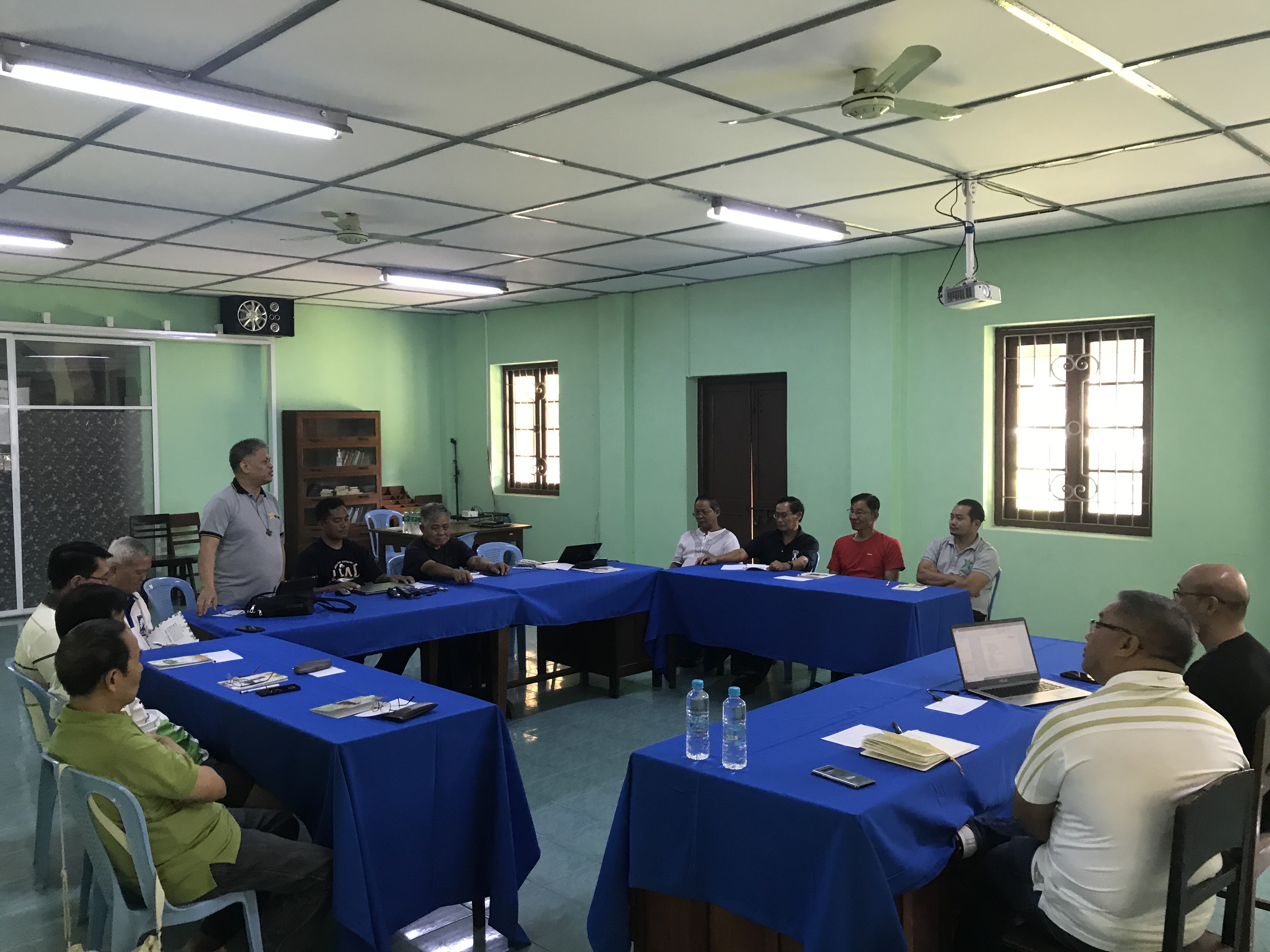 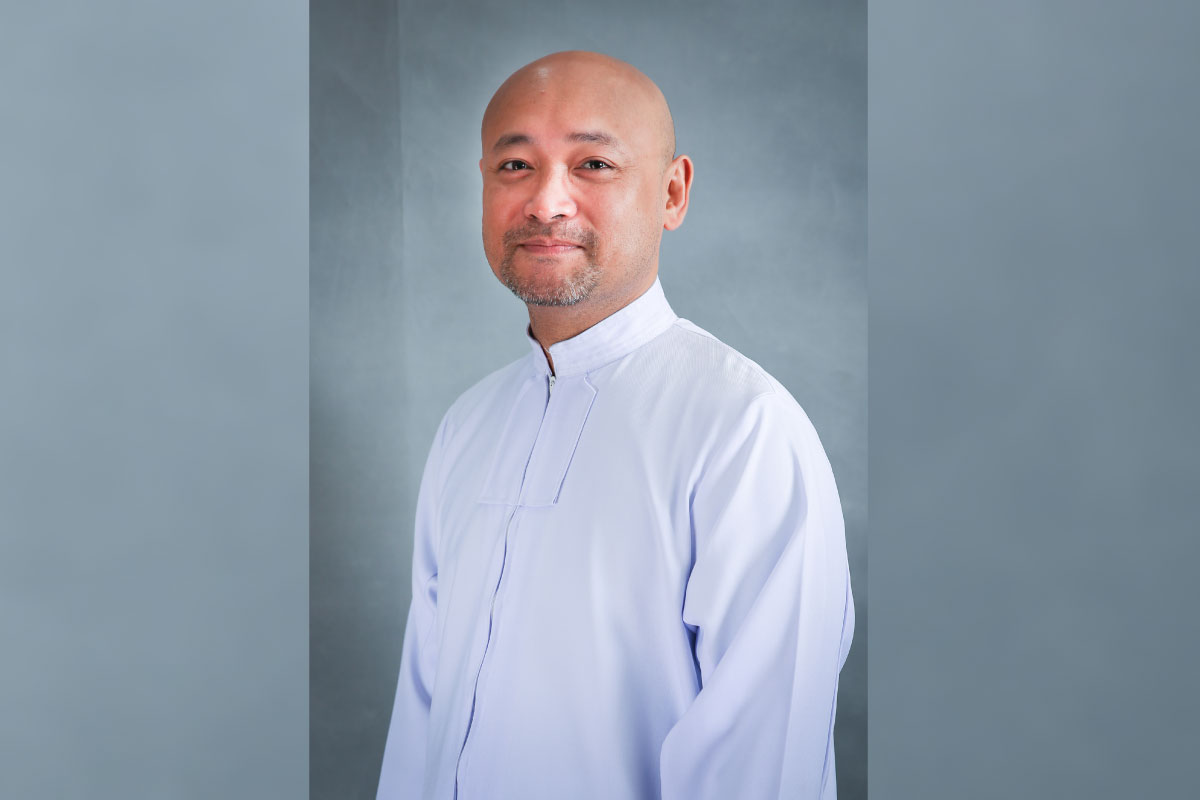 After completing his Master’s Degree in USLS (University of St. La Salle) and diploma in ICA (Institute for Culinary Arts), Br. Than Htaik “Joseph” Aung FSC is now back in Yangon, Myanmar and assigned as the manager of La Salle Centre.

All the best, Br. Joseph!